WBA (Walgreens Boots Alliance) was posted as a Short Trade Setup back on November 12th with a short entry to be triggered on a move below 81.10 & a suggested stop on any move above 83.40. The stock went on to trigger an entry but briefly traded above the suggested stop level shortly thereafter, providing a rather minor loss of 2.8% on the trade. For those still short WBA using more liberal stops, WBA is now trading well below primary uptrend line (see weekly chart) with the stock likely to continue lower in the coming months although a reaction off this current support level is likely before the next major leg down. As WBA exceeded the suggested stop, this trade will now be moved to the Completed Trades category. 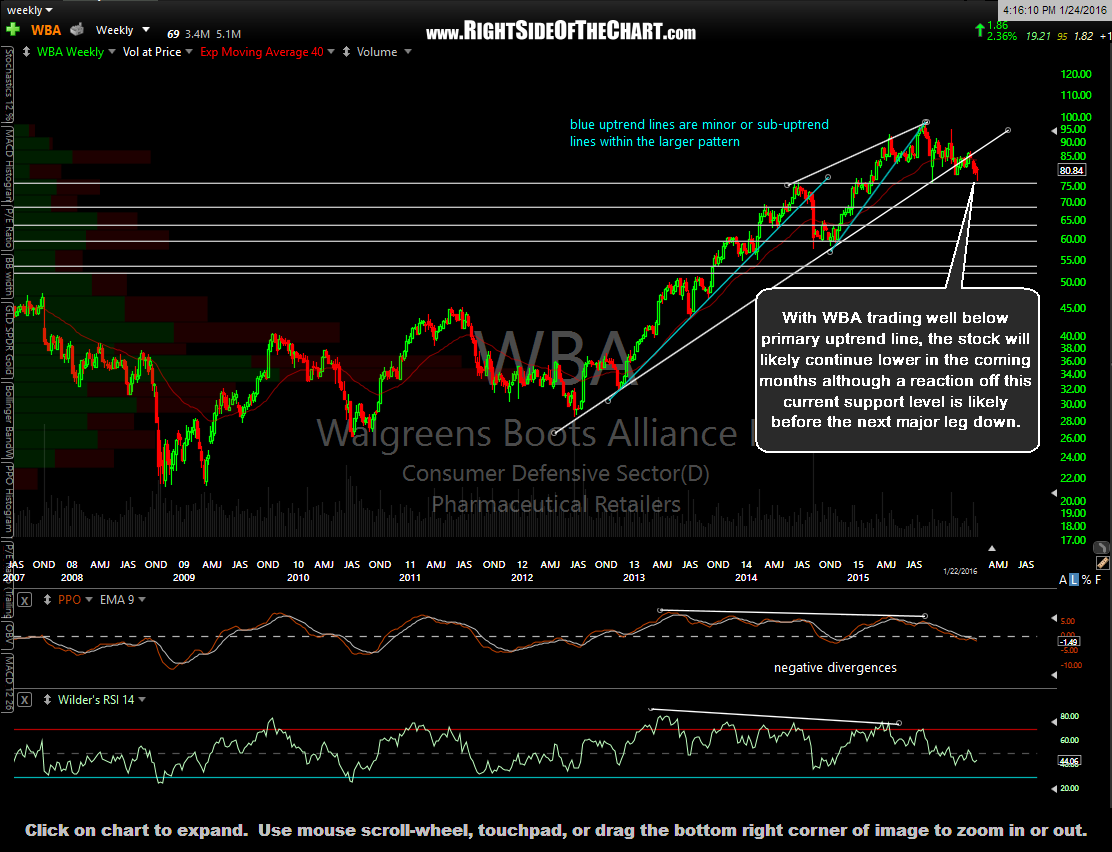