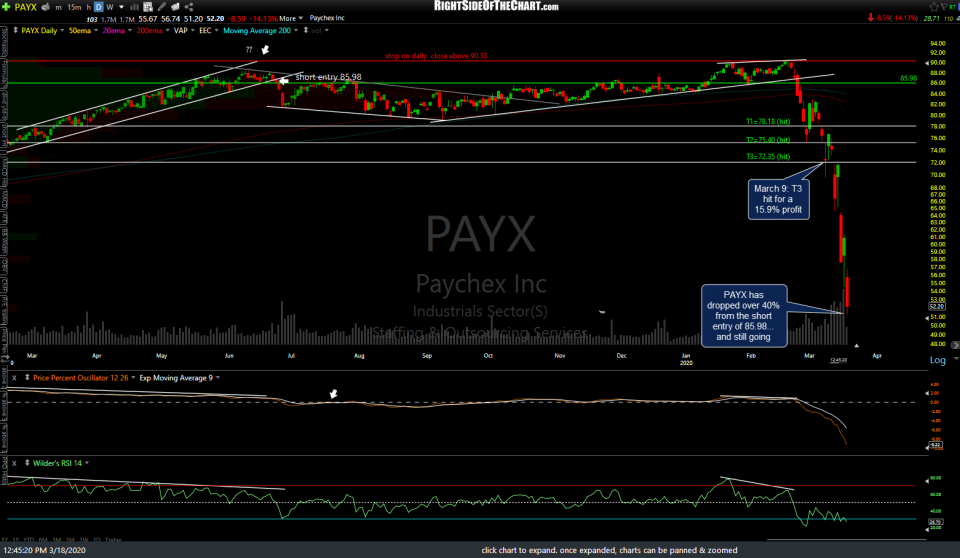 The PAYX short swing trade, which was entered back in late June at 85.98, has taken longer than usual to play out, even making a couple of very close runs at the (well-placed) suggested stop of a daily close above 90.33 & finally going on to hit all three price targets recently. The final target, T3 at 72.35, was hit for a 15.9% profit last week on March 9th. From there, PAYX has continued to fall with the stock dropping over 40% from our short entry price so far, with no signs of slowing down yet. As T3 was the final price target, PAYX and all previous posts related to this trade will now be moved to the Completed Trades archives for future reference.